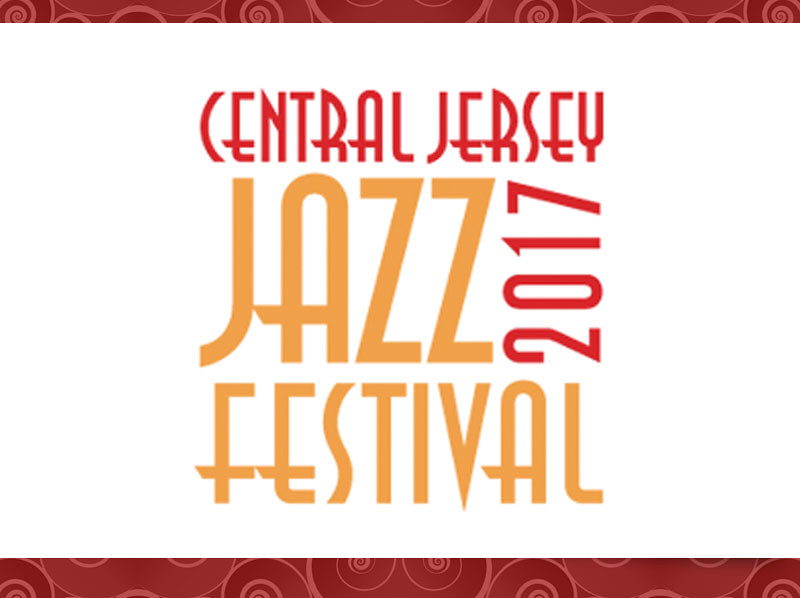 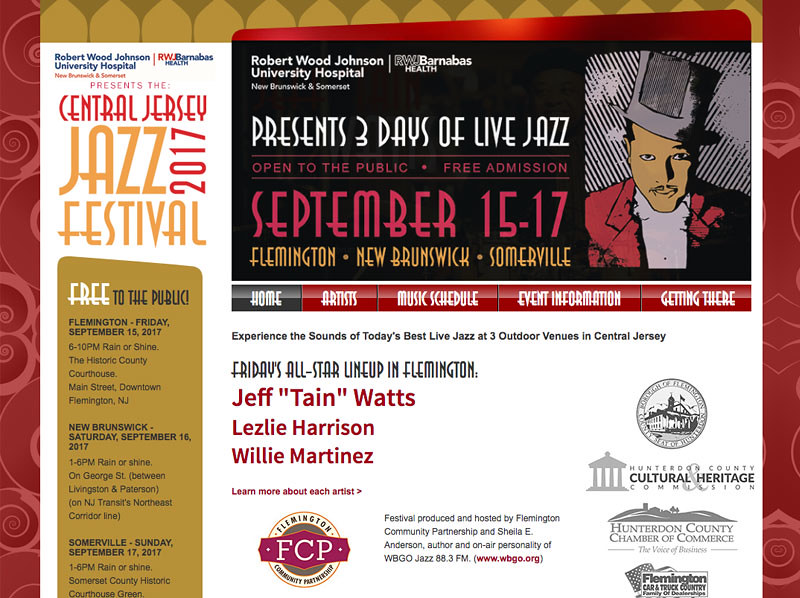 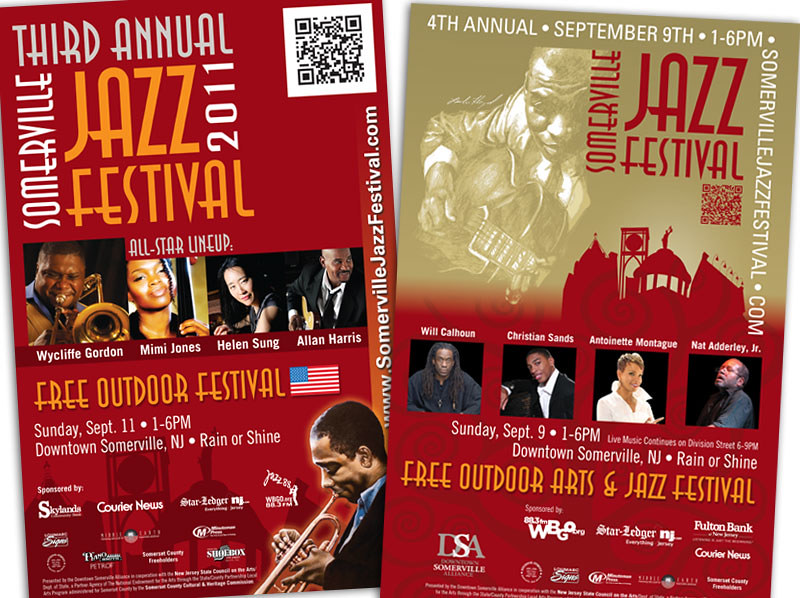 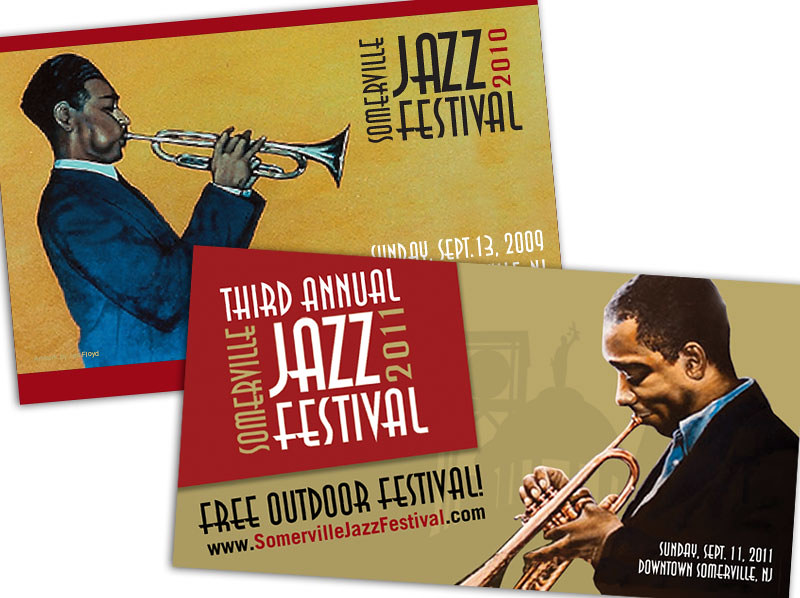 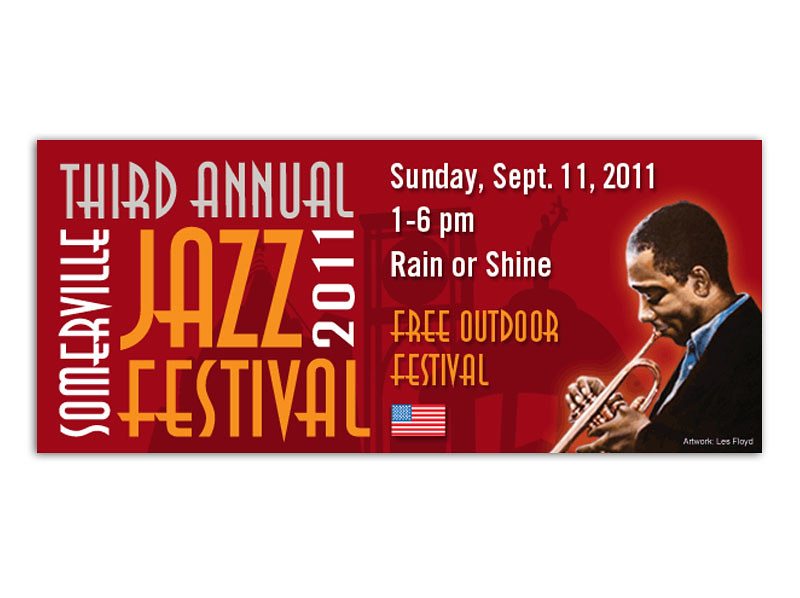 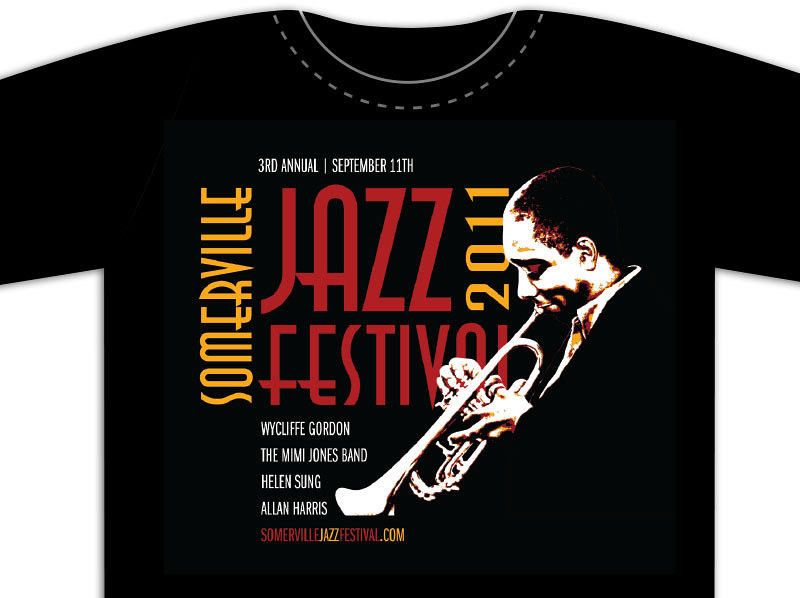 The Central Jersey Jazz Festival is a FREE 3 Day, 3 City, All Star Jazz Festival that started as the Somerville Jazz Festival in 2008. Cynthia Hollod, executive director of the DSA commissioned ITO as the creative force behind the launch of the highly successful jazz festival in Somerville, establishing the festival brand, original website, and all print and digital collateral for the event. As the festival approaches its 10 year anniversary, the original branding and website design is still used to this day.

To launch the festival, ITO worked closely with Les Floyd, the great local artist whose artwork definitively captures the spirit of jazz. The collaboration also graced us with producer Sheila Anderson of Jazz 88.3, WBGO, who is still instrumental to its success and is truly an inspiring advocate in the jazz world.

Credited with the festival's inception, Rick St. Pierre, owner of the Verve in Somerville, continues to lead an enthusiastic, jazz-loving, group of central NJ stakeholders, volunteers, and organizations. In 2014, the New Brunswick Jazz Project joined with the Somerville Jazz Festival to form the two day, Central Jersey Jazz Festival. The township of Flemington joined in 2015 to make it a three day weekend festival. Now drawing over 12,000 attendees and growing, the event continues its original purpose of enriching the arts and adding to the cultural offerings of their communities.